The Uncertainty Behind Micro and Nanoplastics 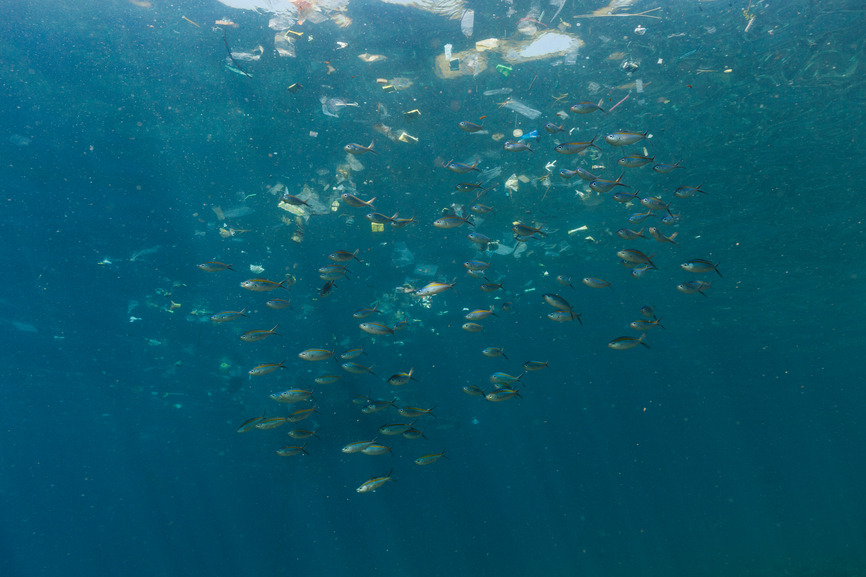 Plastic is everywhere, including our water. Since the 1950s, humankind has produced 8.3 billion tons of plastic, of which 91 percent has not been recycled. Unfortunately, plastic does not just disappear and great quantities of plastic waste end up in bodies of water.

In coastal regions alone, it is estimated that between 4.8 and 12.7 million tons of mismanaged plastic waste each year end up in oceans. Each year, millions of tons of plastic waste enter the ocean from rivers, with the top 20 polluting rivers accounting for 67 percent of global riverine emissions.

It will take centuries or even millennia for this waste to completely degrade, but the plastics are currently slowly degrading to increasingly smaller pieces.

Microplastics, defined as pieces that are smaller than 5 millimeters in length (roughly the diameter of a grain of rice) have been detected in 80 percent of global freshwater samples, 81 percent of municipal tap water samples, and 93 percent of bottled water samples, as well as on remote mountain locations where they are deposited by rain.

Although there is no single source of microplastics, their origin is abundant. Clothing made from synthetic fabrics, tire dust, plastic cutlery, paints, cosmetics, and degradation of larger plastic debris items are all major contributors to the microplastics problem.

These polymers all have different properties, rendering their transport, degradation, ingestion, and contaminant release complex. As the particles become smaller with the fragmentation of larger plastics, the situation becomes more complex and knowledge becomes sparser. Nanoplastics, for example, are particles that are smaller than 1 micrometer in diameter. Nanoplastics are so small that they cannot be seen under a standard microscope or detected in water with widely available tools.

But, for all the increased attention to microplastics, there is limited evidence about its ecological and human health impacts. Plastics come in all shapes and sizes and contain a range of chemicals that can leach into their surroundings. Some of these chemicals are consid- ered endocrine disruptors while others have potential carcinogenic properties. Plastics can have adverse effects on animals via both physical (entanglement and gastrointestinal blockage) and chemical toxicity.

Further research is required to understand the effects of different sizes, shapes, and types of plastic before robust conclusions about real risks can be drawn. Yet there are reasons to be concerned as evidence emerges about the widespread occurrence of plastics in the human food chain, notably through seafood and salt.

The primary reason why the current wastewater treatment plants (WWTPs) cannot remove nanoparticles of pollutants is mainly that they are designed based on environmental protection policies and regulation governed by the authority. If the effluent (discharge from the industries) exceeds the standard, the company gets penalized. So, most companies are aiming to achieve the minimum discharge standard, even though the “treated” water consists of micro and nano-particles pollutants.

That being said, the requirement of pollutant removal up to micrometer or nanometer scale may apply to certain industries, such as municipal drinking water treatment and pure water production, the medical industry, or electrical component manufacturing.

Although there is still much for us to learn about micro and nanoplastics in our waters, it would be prudent to identify their adverse effects and prevent further harm to our world.